Peace, Love & Perfume:  An active Facebook community where 700 global perfume lovers congregate 24/7.
Founded:  September, 2011 by Carlos Powell, Brooklyn, New York
Peace, Love & Perfume Project:  In the spirit of a celebration amongst friends, Carlos pitched perfumers to commemorate the Third Anniversary of Peace, Love & Perfume by creating a fragrance or fragrances according to the following creative brief:
Peace - an incense meditative perfume
Love - an animalic sexy perfume
Perfume - a classic cologne with a twist
Carlos’ invite drew in many of the best, a tribute of our respect.
My Interpretation:  I wanted to make one perfume that, incorporating all elements of the brief, would of course give a nod to Carlos and the men of New York, and that would honor each of our individual heartfelt stories; a collective fragrance anthology.
The Scent of a Man in the City and those who love the way they smell.  The Scent of Peace, Love, and Perfume.
You KNOW it includes scotch and cigars and a little bud.
Coming Soon. 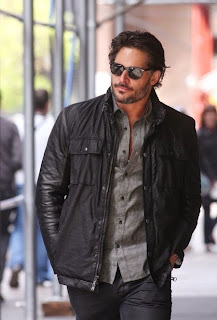 Posted by Shelley Waddington at 6:40 AM 0 comments

The Merchant of Death is Dead: Days of Future Past

A tale of two explosives-makers, their redemption, and, in the end, about perfume. 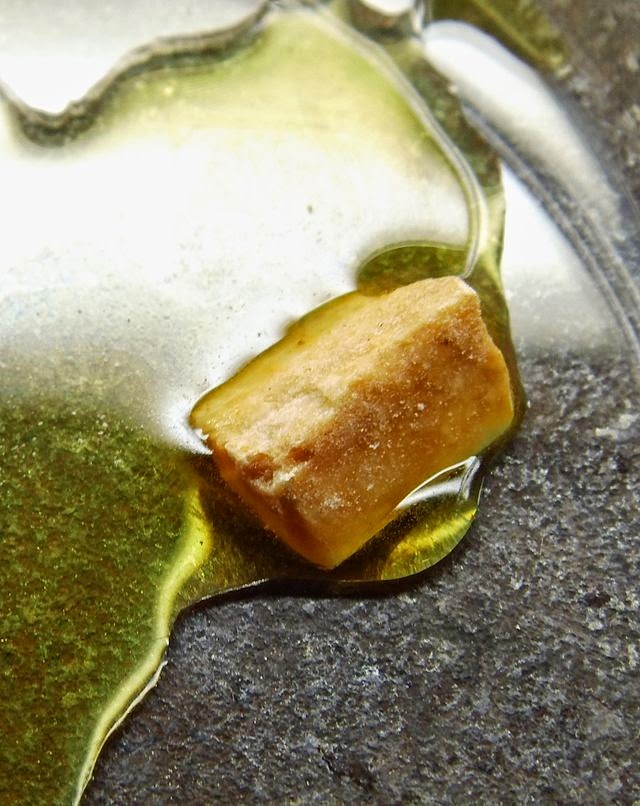 Back in 1864, in an armaments company in Helenborg, Stockholm, a very sad thing happened.  The owner’s youngest son, Emil, was killed in a huge nitroglycerin explosion.   Emil’s older brother, Alfred,  left the country and went to work at a munitions company in Germany.  There he developed a more secure explosive, dynamite, to honor his dead brother.

Before dynamite, remember that warfare was only black powder, cannon, and bullets. 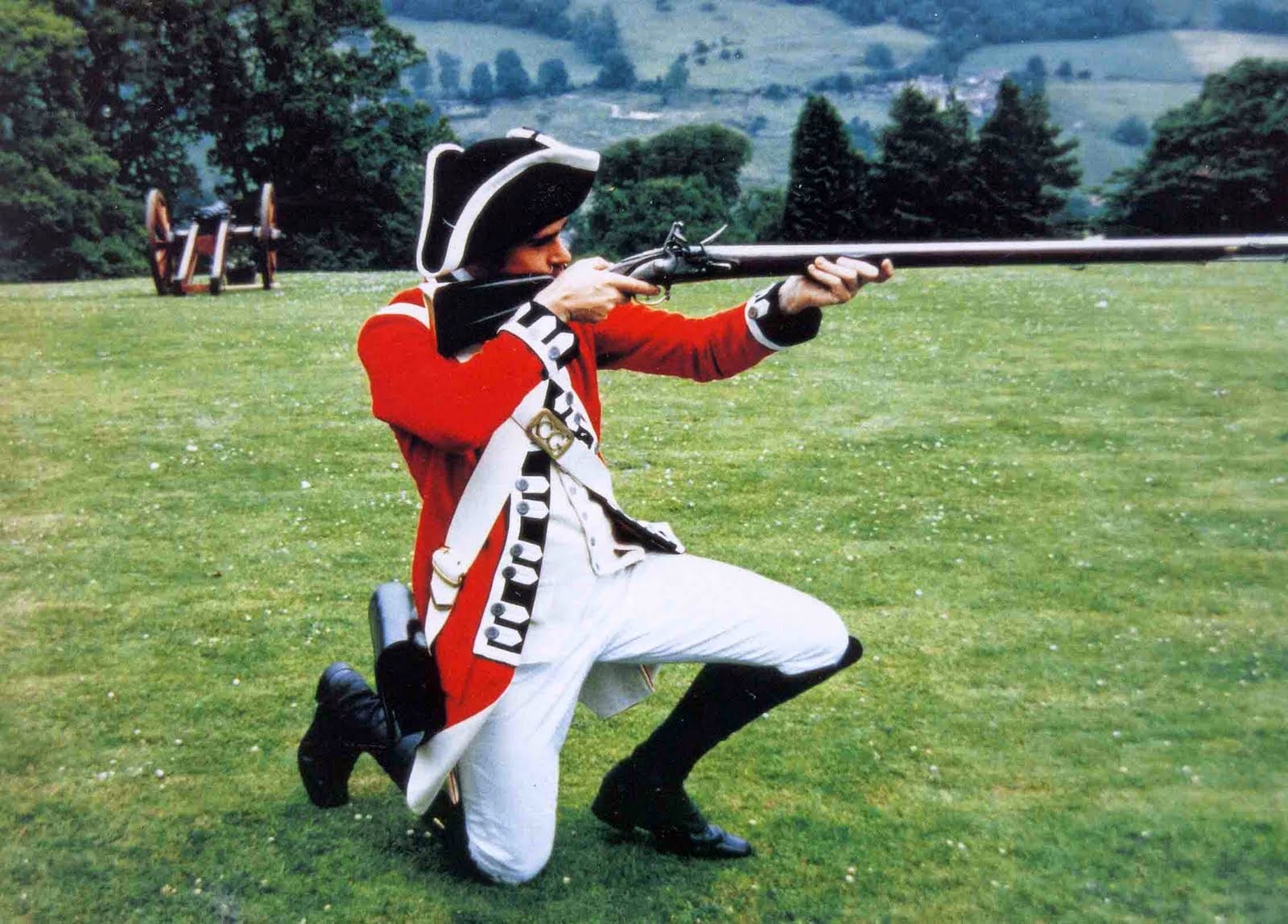 But dynamite revolutionized warfare.  Now, instead of killing two or three people at a time, shells and bombs could kill hundreds, and blow up entire buildings, bridges, and factories. 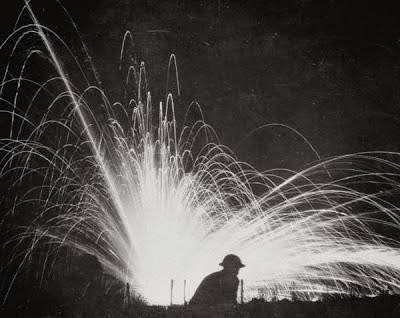 Our scientist Alfred was massively successful.  He formed his own company, Dynamit AG,  and became the largest manufacturer of powder and ammunition to the German Reich in WWI.   He literally had a patent on modern warfare. 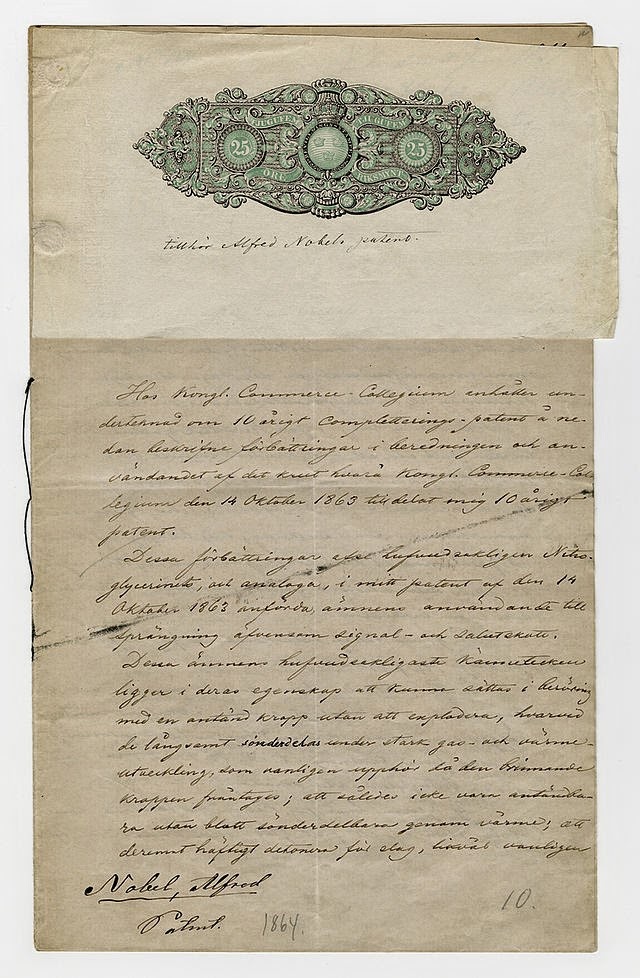 But there was an ugly problem.  No matter how carefully they handled their materials, once in a while they went off, killing hundreds.   As he expanded, Alfred solved the problem by locating his new branches in impoverished areas that would provide an endless source of desperate, expendable workers.
By the time the Versailles Treaty forced Alfred to dismantle his company at the end of the war, hundreds of his employees had been killed in factory explosions.   On top of that, thousands more had been devastated by some of the chemicals used in the manufacture of dynamite, chemicals that affected the brain. Alfred might have gone down in history as a thoroughly evil man had not a curious thing happened.  Upon the death of yet another younger brother, Ludvig, the newspapers of Europe mistakenly reported his brother’s death as his own:
“The Merchant of Death is Dead”
ran the headlines.  Reading his own obituary shocked Alfred Nobel deeply and made him realize how history would see him.  His reaction was to establish the Nobel prizes, including the famed Peace Prize, as a way to redirect what would certainly have been the dreadful judgment of history on his life.

.....
Meanwhile, in Bern, another scientist named Albert Bauer was also making new explosives in his own lab.  During one of his experiments, he added an alkaline ingredient to some TNT.  Serendipitously, he noticed that it exuded an extremely pleasing, odor that was warm, sensual, and sweetly powdery.   He patented the new substance, named it Musk Bauer, and introduced it to the fragrance market.  It was such an immediate success that several small fragrance companies were formed all over Europe. 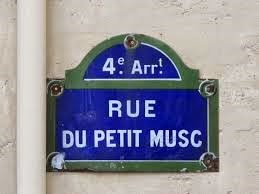 In short succession, our scientist Albert Bauer turned to making fragrance chemicals and  discovered musk xylene, musk ketone, and musk ambrette.  These latter three nitro musks were the perfect organoleptic replacement for animal musk which was by then becoming scarce and unaffordable.  Nitro musks became the epitome of musks for the next 50 years and became a very hard to beat benchmark for fixative properties, fragrance, stability, and affordability. 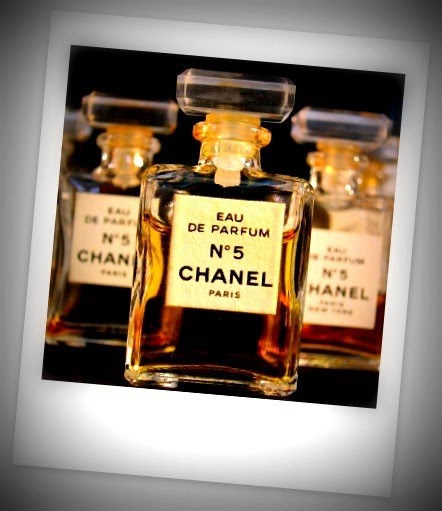 Unfortunately, nitro musks ultimately turned out to cause photo toxicity - not to mention that they caused perfume discoloration, and that most were made via unstable/explosive intermediates.  (They are related to TNT, and the production hazards were substantial.)  So nitro musks fell out of favor in 1980’s and have now been removed from commercial perfumes.
But the good news is that Albert Bauer’s discovery became the catalyst that prompted other chemists to discover safe and even more interesting forms of musk.  There are now five families of musks, and the research continues for even more.  As a result, we now have a vast array of modern fruity, floral, animalic, and fresh-ironed smelling musks from which to choose. 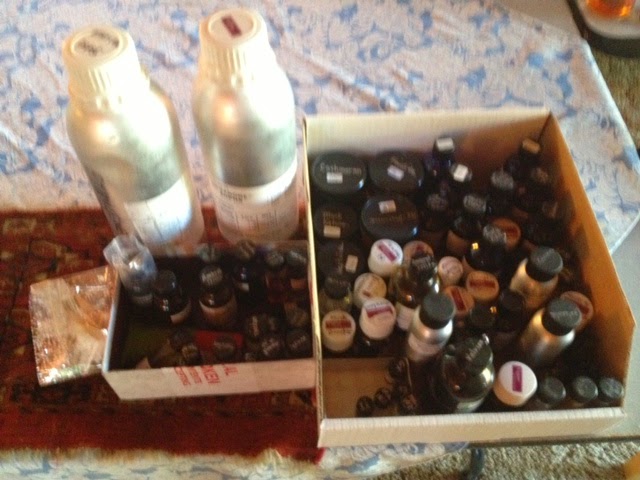 Part of the private En Voyage Perfumes' musk collection
To learn more about the musk families, I recommend reading  Colognoisseur’s excellent articles on the subjects of nitro and polycyclic musks.


Posted by Shelley Waddington at 9:57 AM 0 comments

Sincerest thanks to our cherished clients, colleagues, and to the amazing writers who are so supportive of our brand.  Our success in 2013 wouldn't have been possible without you.
Here's a brief pictorial of our 2013 launches, events, awards, and press.  Enjoy!
ZELDA  Launch
May, 2013 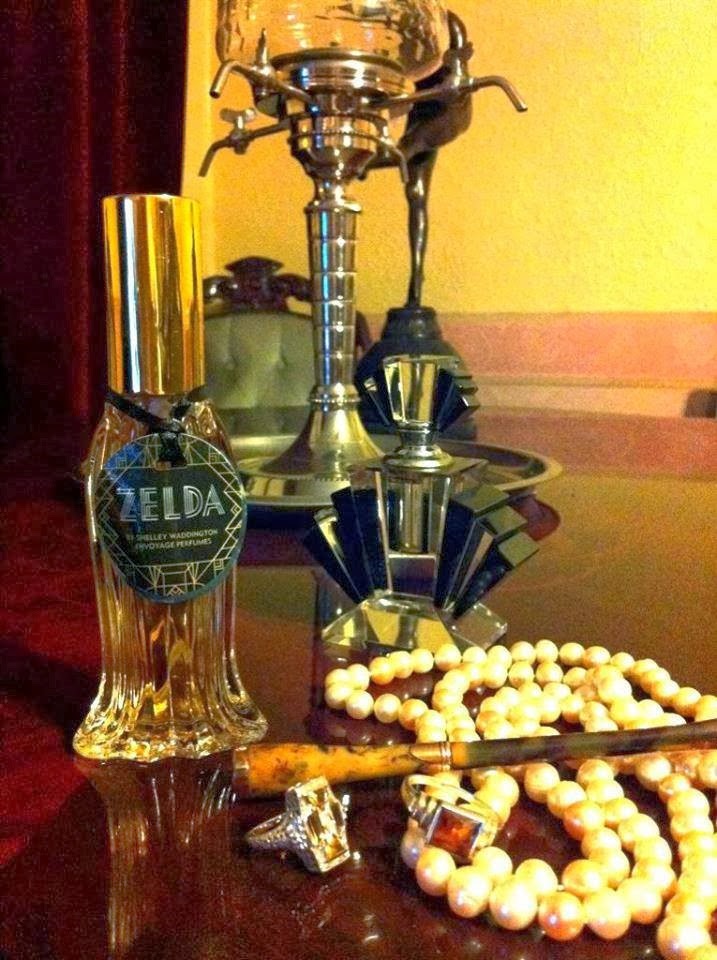 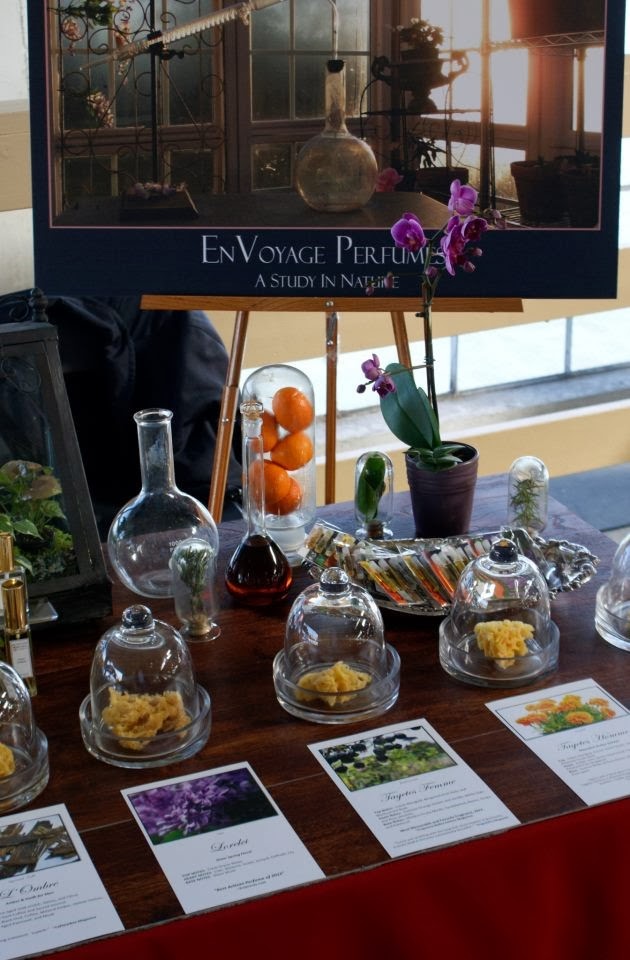 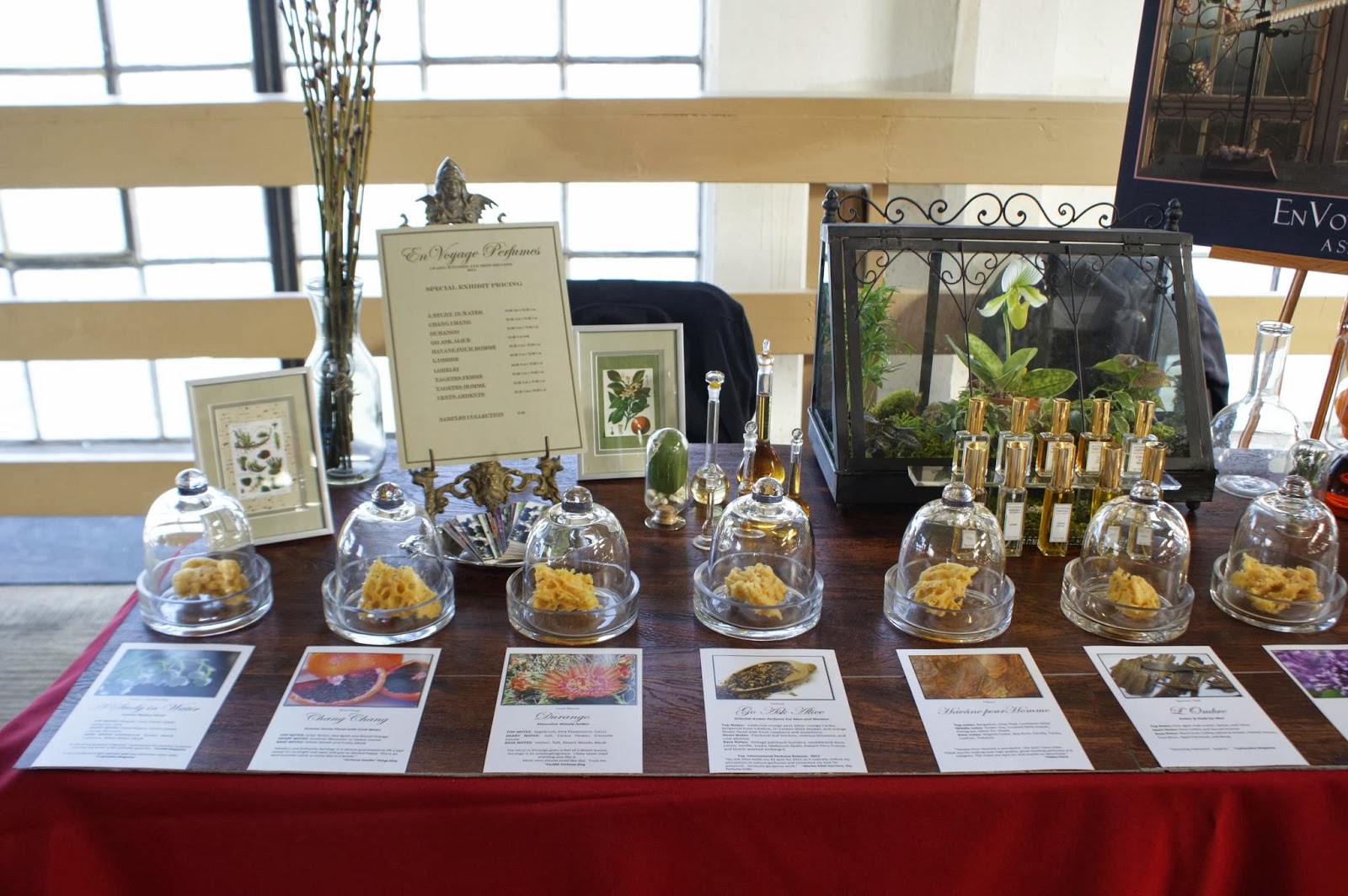 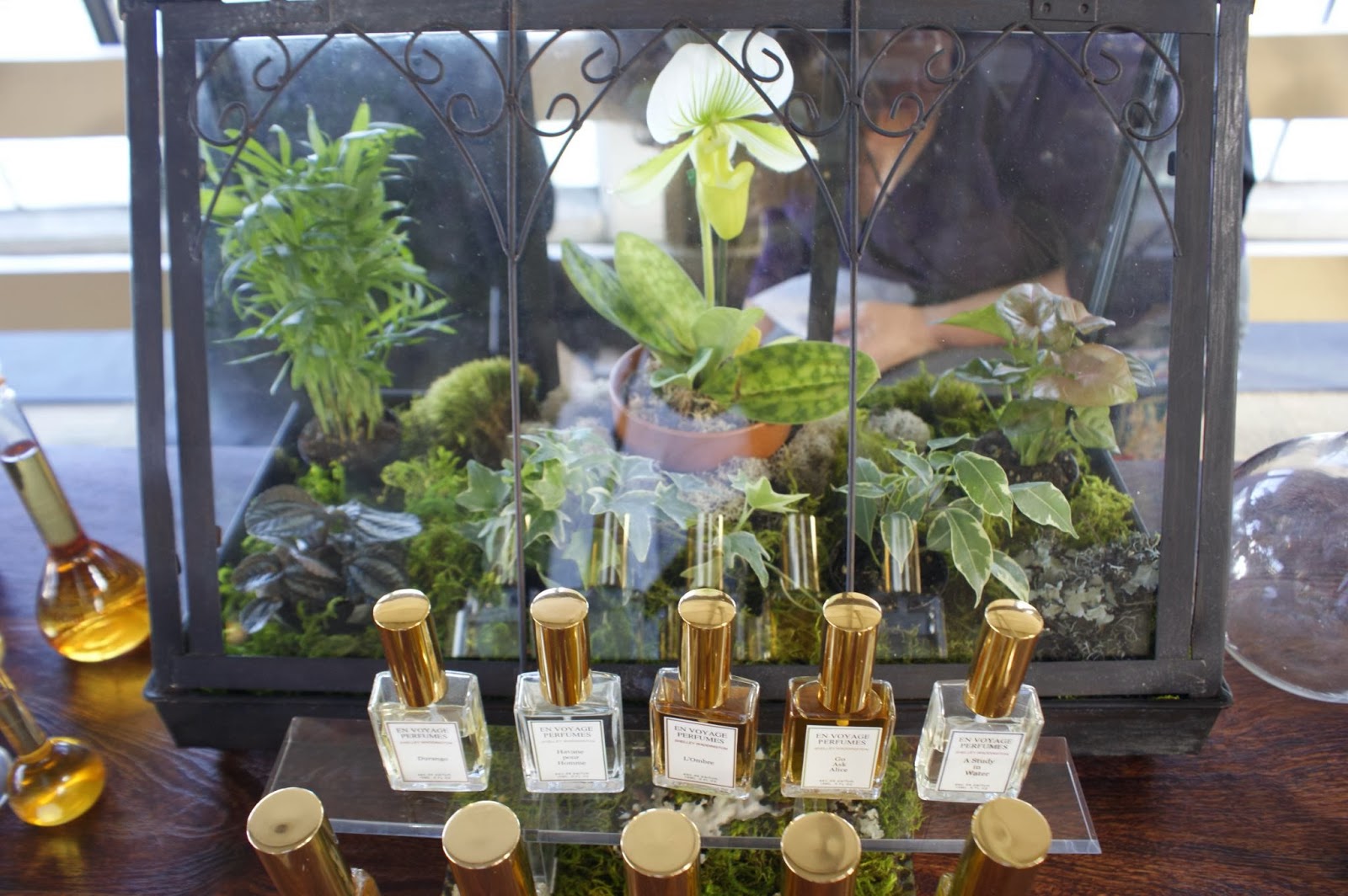 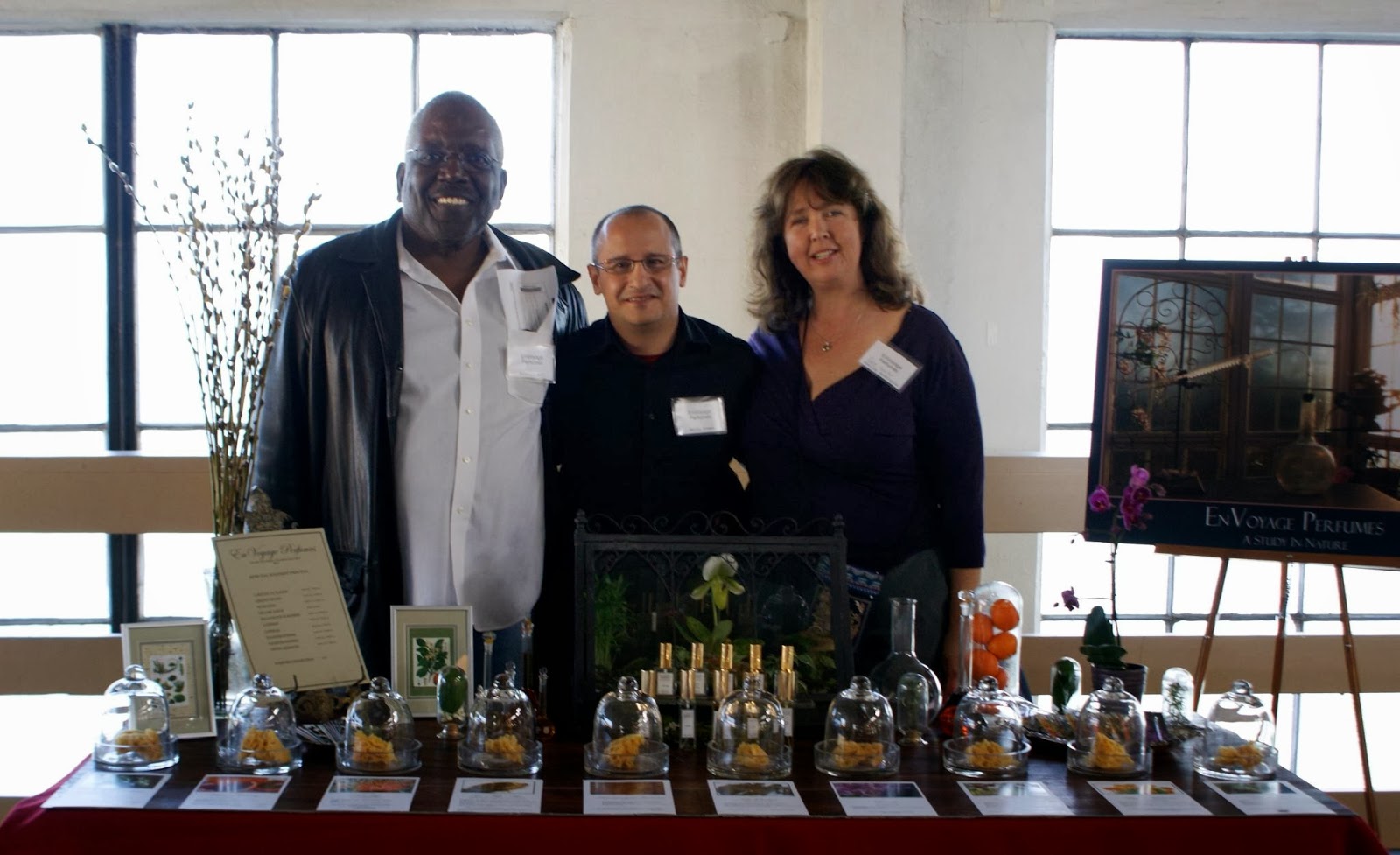 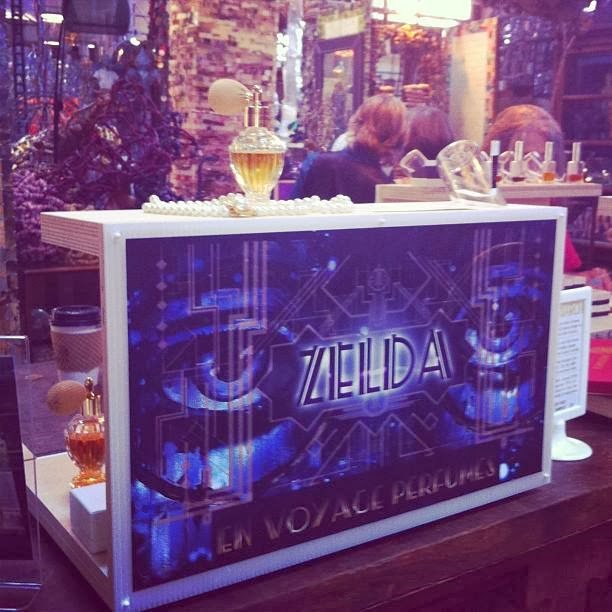 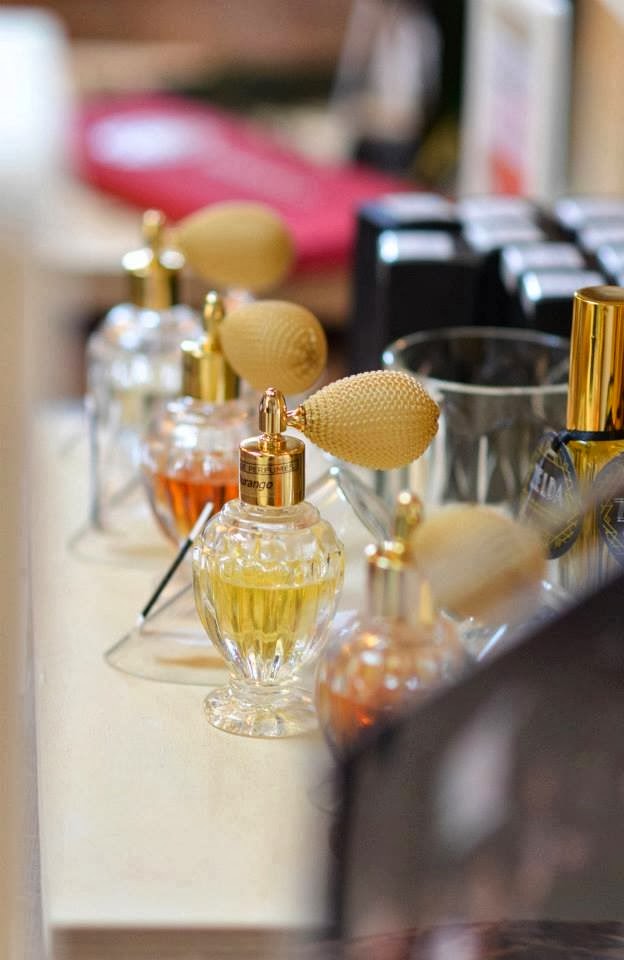 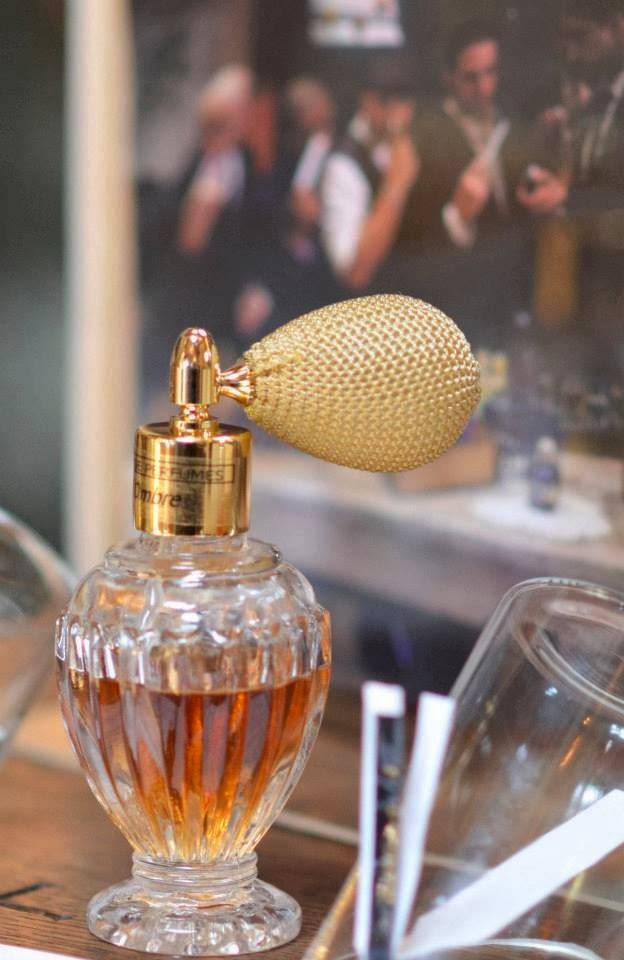 Posted by Shelley Waddington at 7:45 AM 0 comments