From Abattoir to Atomizer Part II 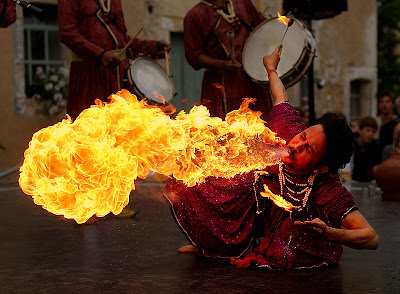 As promised in the previous post, I will now discuss the correlation between leather making and the process of making an interpretive perfume, first by mapping the alchemical process of the making of leather, followed by an explanation of how this relates to perfume formulation.

The gross matter of urine, manure, and decaying flesh are described in the previous post as being the first part of the leather making process. Although of the life force, these things typify the hellish, gory type of mess that people generally prefer to reject.

It is in the first stage of alchemical transformation that the breakdown of the above primordial, chaotic mess begins. This first stage of purification is associated with the black crow and is also symbolized by fire.

Continuing the operation of dissolution, the gross matter continues to break down during the second stage of alchemy.

Stage three is when the impure, unworthy material is separated out and discarded. The desired components are isolated and recovered.

In state four, the saved elements are then recombined to begin producing a whole new substance, the beginning of a new incarnation. This is where, in leather making, the hides would be introduced to rye flour, oat flour, yeast, salt and water.

Stage five is called fermentation. During this time the saved elements are allowed first to putrefy, and then to ferment in the flour, yeast, salt and water.

The stages up until this point are considered the black stages of alchemy. With stage six, we begin the white phase in which, after fermentation, agitation, and sublimation, the impurities are removed by the introduction of the tanning liquor of pine and willow barks and then finally by the impregnation of precious oils of birch, seal and sandalwood.

Alchemists believed that ultimate success required three passes through the above seven operations, twenty-one steps in all.

Think of it this way:

First Magesterium: The Lunar Stone. The alchemical transformation of the subject, the perfume idea itself - in this case, leather.
Second Magesterium: The Solar Stone. The alchemical transformation of each individual component that will be combined to make the final perfume formula. (This could include tinctures, extracts, infusions, elixirs, distilled oils, concretes, absolutes, laboratory developed molecules, alcohol, and water.) Those items selected by the perfumer will be organoleptically and vibrationally suited to synergistically represent all of the elements and processes of the subject.
Third Magesterium: The Stellar Stone. This is the final fragrant blend, the union of the Lunar and Solar Stones. It is also known as the golden or astral body as well as the coagulation of spirit in matter. The Stellar Stone is the full awakening of the intention, skill, and consciousness of the perfume artist. 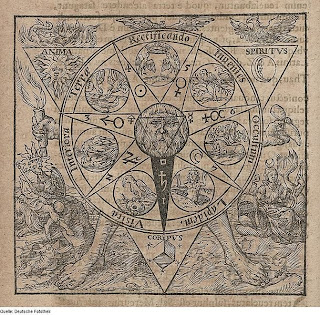