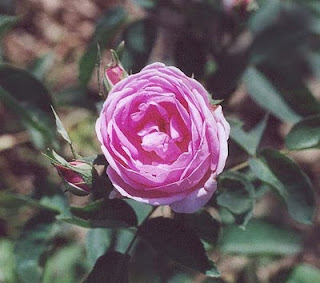 One of the legendary and most magnificently fragranced rose oils is the Rose Edouard , also known as Rose Bourbon. It’s distinctive delicate spicy-carnation quality makes it the perfect rose upon which to base a fine oriental perfume.
Here is the little known story of how this distinctive rose came into being. 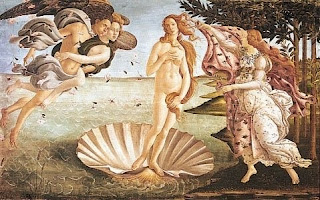 Artistic motifs and ancient documents dating back to 3000 BC tell us that the rose first emerged in Central Asia. In the myth of Aphrodite’s birth, shown above, a rose tree sprouted from the foam that ran from her body, which she watered with nectar.
..........
Forward in time to 11th century France, when a French Noble, Adhemar de Monteil, became Lord of the House of Bourbon and acquired the Castle of Bourbon, Bourbon-l'Archambault. 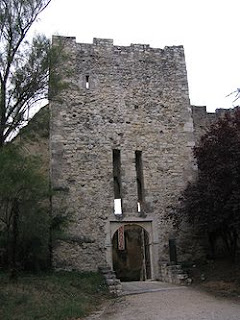 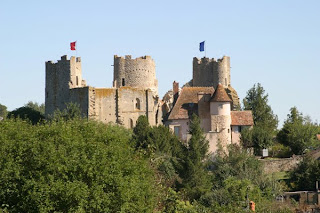 Adhemar was a great enthusiast of the First Crusade. He responded to Pope Urban II’s call for a holy expedition to the East, was appointed papal legate of the Crusade, and made his pilgrimage to the East in 1086–87. He was wounded and temporarily captured in Constantinople, where he saw his first rose and later brought it home to France. 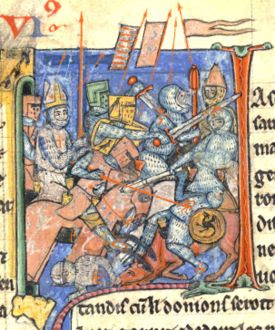 Adhémar de Monteil carrying the Holy Lance in one of the battles of the First Crusade
Forward once again to the 17th Century when the French began to colonize the Indian Ocean island of Reunion island, but which was then named Île Bourbon after the royal house. The French East India Company sent the first twenty settlers in 1665, who brought along some China and Damask roses. 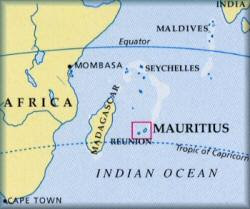 By the early 1800’s, it had become the custom to mark off the island’s land boundaries with rose hedges comprised of one row of the Common China Rose (presumably Old Blush, sometimes referred to as Parsons' Pink China), the other of the Red Four-Seasons (presumably the red Tous-les-Mois Damask Perpetual, which was common then).

One day, an island inhabitant named Monsieur Edouard Perichon was planting his hedge and came upon a plant which appeared to be a hybrid of the two. This magnificently scented new rose was brought to France, recognized as a new species, and subsequently became known as Rose Edouard.

Rose Edouard, aka Rose Bourbon, is today harvested especially for it's unique fragrance, and enjoys high demand among fine perfumers.  Enjoy some rare images of the modern harvest:
Harvesting Bourbonia
Posted by Shelley Waddington at 8:51 AM 6 comments