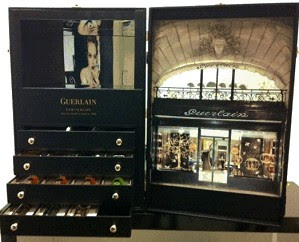 I live a mere 50 miles from San Francisco.  But it takes a bit of effort to get there and each visit has a special “Going-to-the-City” glow.    The Guerlain trunk show at Neiman Marcus, presented by Guerlain’s National Fragrance Beauty Director Marie Line Patry, was a California premier that added to the aura of yesterday’s visit. 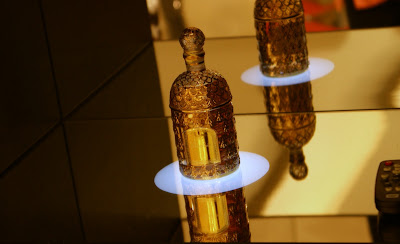 But let’s begin at the beginning.
The House of Guerlain is among the very few older houses that exist solely to produce and market perfumes.  Founded in 1828 by Pierre François Pascal Guerlain, the flagship store is still located at 68 Champs-Élysées. 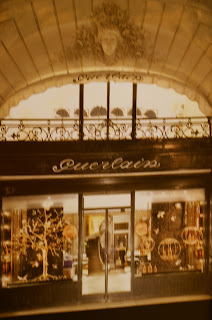 Guerlain's second generation in-house perfumer Aimé Guerlain’s greatest composition was 1889's Jicky.
Jacques, Aimé's nephew, became Guerlain's third master perfumer; he was the author of many of Guerlain's most famous classics, Après L'Ondée (1906), L'Heure Bleue (1912), Mitsouko (1919), Vol de Nuit(1933), and Guerlain's flagship fragrance Shalimar (1925). Jacques composed his final perfume, Ode (1955), with the assistance of his grandson, the then-18-year-old Jean-Paul Guerlain.
In a decision widely seen as a break with tradition, the Guerlain family sold the company to the luxury goods conglomerate Moët Hennessy Louis Vuitton (LVMH) in 1994. Jean-Paul Guerlain remained as an in-house perfumer until 2002 when he retired. Thierry Wasser was appointed the in-house perfumer in 2008.
Guerlain Secrets . . .
·         What is “Guerlinade?”  Just as one can identify the origin of a great wine, or the composer of a symphony, so it is possible to identify Guerlain’s “trademark” fragrance. The olfactory signature for Guerlain is referred to as “Guerlinade,” which is composed of tonka bean, iris, rose, vanilla and jasmine.
·         The inspiration behind all of the Guerlain masterpieces?  A woman who was loved or admired.
·         In 1955 when Jean-Paul began his tutelage there were no schools or colleges dedicated to studying perfumery and the ISIPCA (International Higher Institute of Perfume, Cosmetics and Aromatic Foodstuffs) would only be created many years later by his father Jean-Jacques Guerlain in 1974. “In those days we did not routinely make fragrance ‘hearts’ like we do now – which saves us from having to recompose an entire formula when very slight modifications are made.”  In those days perfumery was done by working in a spontaneous way, with no marketing brief to follow and no constraints except those of the perfumer’s imagination.  “Fortunately our formulas are short and this is a characteristic I have retained,” once noted Jean-Claude  Guerlain.
·         The Guerlain philosophy of perfume is to allow the body and skin of the wearer to affect the fragrance, rather than the fragrance putting its smell upon the person.  “The body ‘perfumes the perfume,’” according to Marie Line Patry.  Patry also informs us that Guerlain perfumes continue to retain the classic vertical structure, as opposed to the horizontally constructed perfumes of some other companies.
·         Mitsouko (1919): Named after the heroine of the novel La Bataille by Claude Farrère, Mitsouko is said to herald the ending of World. Due to a bottle shortage at the end of the war, it was marketed in an identical bottle to that of L'Heure Bleue. 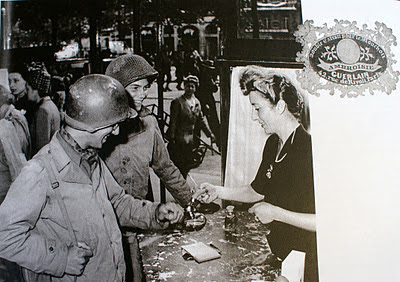 GI’s took home the essence of Paris to their girlfriends, in bottles of Shalimar, Mitsouko, and L'Heure Bleue.
·         Some say that the concept for Mitsouko was originated by a mistake in blending caused by oakmoss being accidently included in the formula for Jicky.  But  Mitsouko could never have existed but for the discovery of aldehyde C14 in 1908.  And this would have been a great pity because this masterpiece paved the way for all the later fruity chypre perfumes.
Best of Show
Voyeur, a stunning men’s fragrance that is both aromatic and herbal with a toned-down vanilla.Chypre Fouleil, very similar to Voyeur but with less vanilla.  And of course the classics Shalimar and Mitsouko.
Here are the visuals of a fun afternoon. 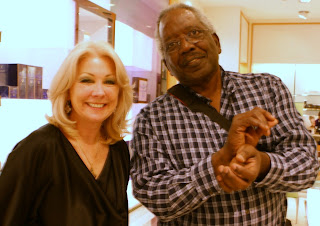 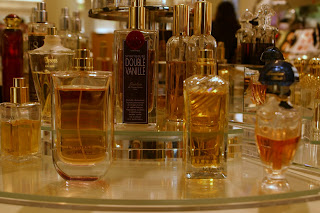 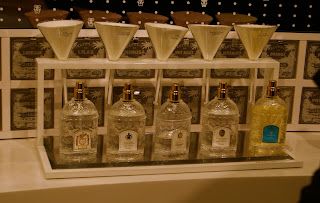 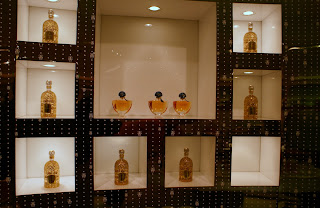 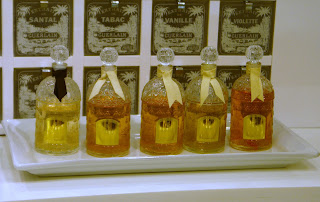 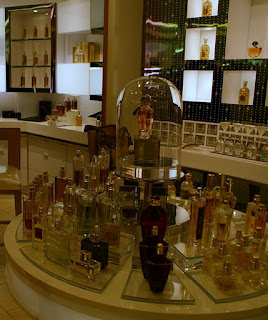 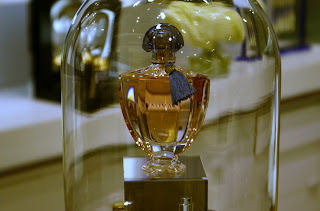 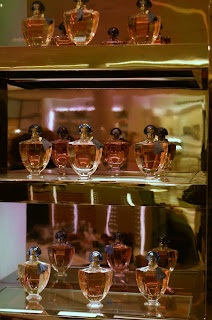 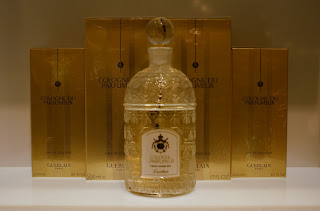 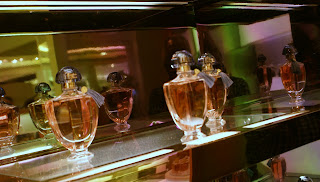 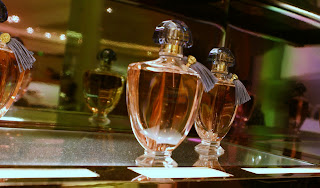 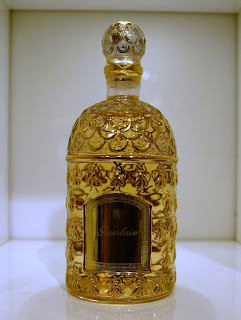 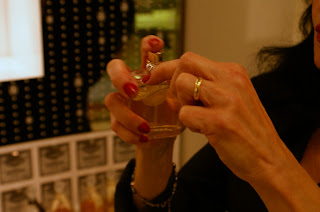 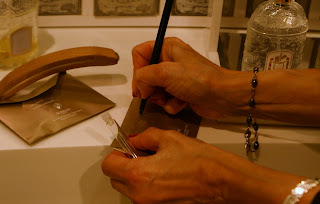 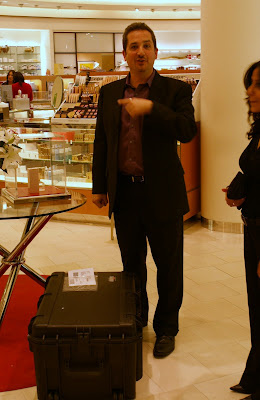 Matt says, “I’m taking the trunk to catch a red-eye back to New York.”
Posted by Shelley Waddington at 4:31 PM 4 comments