Perfuming the Edge of the World, Part 9 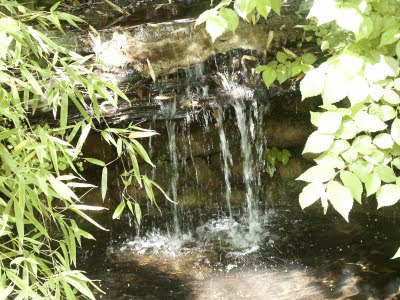 Composing the Notes de Base

The goal of today’s perfume exercise is to develop an earthy, organic, green, outdoor forest woodland base from natural materials, constructed around an accord of pine, redwood, and cypress that has been supported and deepened with fragrances of loamy soil, leather, mushroom and tree moss, as well as accessorized by notes of smoke, hot seashells, and rain on earth.

This composition is intended to be an organoleptic representation of Rumsen Carmel Ohlone ethnobotanicals, interwoven with environmental fragrances that would have been present and noticeable during their annual encampment at their Point Lobos summer village.

To convey the fragrance of Monterey Cypress I chose to use Cypress, Cupressus sempervirens, essential oil from France. It has exceptional fragrance movement and development, and smells very similar to the Monterey cypress.

The fragrance of Monterey Pine was achieved by a pairing of Canadian wild harvested Fir Balsam, Albies balsamea, with its rich aroma of the conifer pine forest - ethereal, sweet, and slightly minty - with the delicately rich resinous aroma of the Silver Fir Albies alba essential oil, wild harvested from Austria. I lightly glamoured the result with a hint of fragrant fir cones in the form of Templin essential oil from Bosnia.

A judicious application of my 2007 Tincture of white willow Salix alba wood chips imparted the fragrance of willow branches and bark.

A gloriously aged 75 year old cedarwood atlas essential oil serves to round, smooth, and lend an aura of burnished antiquity to the dryer Cedarwood Virginia Juneripus virginiana and the sweeter Cedarwood Atlas, Cedrus atlantica. The resulting accord closely approximates the fragrant coast redwoods of Point Lobos.

I have also interwoven a five percent dilution of Oakmoss, Evernia prunastri with a tincture of Cedar Moss, Evernia furfuacea.

The scents of loam, earth, and first rain are represented by attar of Mitti (destructively distilled earth), and a co-distilled Vetiver and Mitti essential oil. This accord is enhanced by fragrances of mushroom, Cêpes, Boletus edulus, a French absolute in two percent dilution, and by a proprietary 2006 tincture of deer antler that imparts a soft note of deerskin.


Blending Note: In the previous post, several additional Notes de Base were listed. During the above blending exercise I either decided to not use them, or to try to use them in different parts of the total blend:

The Artemisia douglasiana – mugwort – is to be used in the heart.
Navarretia squarrosa – skunkweed –which was to have been represented by a tincture of skunk oil was eliminated because I discovered that it was infused in oil rather than alcohol as I had previously thought.
I have decided to use the sage in the Notes de Tête, along with nuances of sweat and seaweed.

The next post will be a perfume exercise with Notes de Cour.
Posted by Shelley Waddington at 8:19 AM 0 comments